In spite of not having the best of starts of his test career, Mark Stoneman has got the backing of Michael Vaughan who is of the opinion that the flamboyant opening batsman should be sent Down Under this winter for Ashes series. 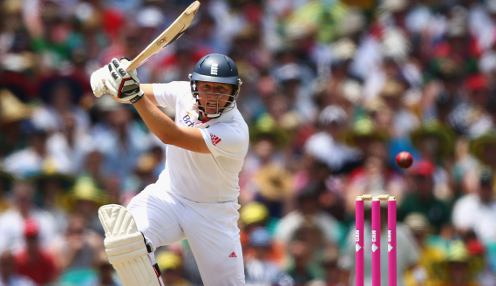 Vaughan says that Paul Collingwood who is associated with the same county which Stoneman used to play for till the previous season has told him some great things about the 30-year old Southpaw and he has no doubt over the judgement of Collingwood.

As per Vaughan, having watched Stoneman for a couple of series, one thing that he can say is that the quality is present in abundance and there is no reason why he can’t be a good test match batsman.

Yes there is a little bit of technical adjustment that he needs to make keeping the Australian conditions in mind. He generally looks to play with a vertical bat, but that’s not something which will necessarily fetch him great results in Australia because the surfaces there demand the batsmen to use a horizontal bat on most occasions. If he presents a vertical bat as often as he does, he will present opportunities for the Australian slip cordon.